In an interview with the CBC to promote his new film, CRIMES OF THE FUTURE, the interviewer asked filmmaker David Cronenberg about his oft-picked-over relationship to “body horror,” a sub-genre of horror he pioneered in the 1970s with classics like Rabid and The Brood, focusing on gore and bodily harm.

Cronenberg, un-ironically, replied, “For me, it’s not horrific. It’s the ‘body beautiful.'” To whit, his remake of The Fly is THE love story of my lifetime. Why? Because this horror movie, about a man who becomes an acid-vomiting bug, is, at its core, about how our loved ones stand by us in times of catastrophic change. In its empathy and humanity, Geena Davis’ performance makes Jeff Goldblum’s performance much greater by demanding we see her love for this supposed monster as real and as deep as any traditional romance.

Cronenberg is an artist who has shocked us with images of sex and technology, all fluidic and fleshy, that ooze something more profound: genuine human feeling toward our often tumultuous journey with our bodies. His work is brutal, yet tender, harsh, but irresistibly tactile. Crazy, I know, but to understand where I’m coming from, you must see my body. I’m not going to show it to you, but imagine. Imagine falling in love.

I have had thirty-four surgeries from the day I was born until 2020. I am sure there will be more. These operations have never been something I look forward to, nor has any doctor’s visit or hospital stay. I am always afraid of drifting off under anesthesia because I’m scared I won’t wake up. Perhaps more horrifically, I did wake up during a lengthy procedure when I was nine to feel my body cold and wet, a bloody surgical glove in view before I went under again. I felt like I didn’t have a body. The old stitch marks always remind me that my body has endured.

These are some of my scars: I have a question mark on the right side of my head from the ten times surgeons dug into my skull to put or remove shunts, a tube that helps drain brain fluid. I have three scars on my abdomen from where surgeons removed pieces – several feet, in fact – of snaky intestine. I have a rosy slash with double-thickness down my left hip from where a plate was put in and later removed; its raised ridge resulted in having to get it stitched again when a boy kicked me after a Cub Scout meeting. The scar that gets the most play, though, is the expanse of red and purple on my lower back. That is my Spina Bifida scar. I got it the day I was born when the doctor pushed the exposed part of my spine back into my body and then cut it away.

A friend once told me this scar looked like the beach. It was maybe the first time I saw my pain as more than just pain. I saw it as art.

This brings me back to David Cronenberg. The Canadian master has been making movies since the 1960s, his body of work tracing the evolution of the body, how we react to its processes, and the gnarly things it does to keep going. Our world has become more detached and cold due to technological advances, and our bodies follow suit. For Cronenberg, this means mutation and distortion that has left audiences squirming in their seats.

I usually remain still, peaceful because I feel seen. I feel as though my wounds are as much a part of my story as any supposed success. When tubes were yanked out of my belly, leaving these puckered holes, I came to see them as signposts that I had lived through something that ultimately kept me alive and made my life better. That is why I feel gratitude toward David Cronenberg – he reassures me my body is telling the truth it needs to tell.

His newest masterwork, CRIMES OF THE FUTURE, has been labeled a film that embodies his “greatest hits” by some critics. I think this misrepresents Cronenberg and where he has gone as a filmmaker. CRIMES is more a culmination: a treatise on where society ends up when it is so scarred over it can no longer feel anything. Surgeries become performance art, the audience drawing pleasure from goopy viscera. Men and women carve their bodies to stand out. There is a dancer with multiple ears on his head. There is a woman who derives not-so-secret pleasure from the idea of being sliced open. And then there’s the sex scene in which one character performs oral sex on another’s zippered wound.

CRIMES OF THE FUTURE is provocative, disturbing, and perversely funny.

It is also profoundly comforting and, along with Cronenberg’s entire filmography, has helped me feel seen, really seen. My scars are not a condemnation of the body’s failings, but a celebration that it lives on until it doesn’t, in which case the story ends and the pen rests.

Weirdly, I want to thank those who looked away. It made me curious about what they saw and helped me to look without judgment eventually. I want to thank Cronenberg for making it okay to see bodies in all their disgusting glory and for his work as a safe place to see beauty in personal horror.

This rough skin tells my story. It tells me where I’ve been, who I’ve loved, who has loved me, and that life, no matter how messy, is worth living. If you believe in nothing but the Self, the body is its expression.

Without giving anything away, the final image has tears in it. They are tears of relief, of acceptance, of being able to move into the future together. If this is the last film David Cronenberg ever makes, it will be a grace note that expressed everything great about his work.

Long live my new flesh. The body is reality, and I am not afraid.

CRIMES OF THE FUTURE is now playing in theaters. 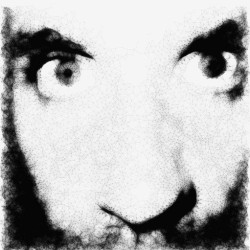 [Article] Returning Back to the World of WILLOW