When her step-father goes one step too far with domestic battery, Mayhem Brayburn and her mother Roxy flee from Taylor, Texas to her mother’s hometown of Santa Maria, California, and take shelter at the house of an Aunt Mayhem has never met. Roxy left Santa Maria thirteen years prior, following the suicide of Mayhem’s father and has never once returned, not even for a visit.

Upon their return to Santa Maria, Mayhem begins to question why her mother really left – especially as another character states, Brayburns are Santa Maria royalty – and what exactly is it that she has really been running from all these years. This as well as looking for answers to questions she has long had about her family and who exactly they – and she – are.

When I read the synopsis of this book, I knew I was going to like it. I’ve always adored 80s horror movies. Even the less interesting ones are usually entertaining I’ve found. The Lost Boys, in particular, has been a long time favorite of mine. The 80s and vampires; there’s nothing there for me not to love. The Craft is another movie I enjoy and so MAYHEM seemed like a mash-up, and a feminist one at that, which sounded like a great read to me. I was extremely excited to read this one and did so in one sitting.

Upon finishing MAYHEM, I realized I’d been both right and wrong in my initial assumptions.

I was right that it was an excellent read. I was wrong about liking it. I didn’t; I absolutely loved it and found the message this story carries to be deeply meaningful.

The writing is beautiful and flows so effortlessly off the page that you are drawn right into each scene and can picture everything unfolding as if you were right there. The characters are interesting and all have their own distinctive voices, and the fantasy elements are rich and intriguing. The foundation on which the women’s magic is built on is horrifying as well as meaningful. Called “Beach Gothic” by author Jeff Zentner, I would have to agree that description hits the nail on the head.

The way the abuse and the abusers were written was something else that stood out to me in this book. Abusive spouses are so often depicted with no real voice or personality. Yet, in MAYHEM, the character of Lyle St. James is more than a caricature of a man who drinks beer in front of the TV and backhands his wife if dinner isn’t on the table when he gets home from work.

While that kind of abusive spouse is certainly realistic and does exist in society, often so many abusers just don’t seem that type to others. And, this is precisely why they get away with it over and over again. “But he’s so nice! He’s just not the type!” are the age-old phrases people so often use when they don’t want to, or just cannot believe someone they thought well of would do something like that.

Estelle Laure took time to add multiple layers to this character, making him both cruel and manipulative as well as charming and a pillar of the community to the outside; reminding us that we never know what goes on behind other’s closed doors and we can never truly know most people. Laure applies the same technique with the secondary antagonist of the book, who is a serial killer that focuses on young women. The man appears friendly and charming on the surface, the last guy in the world most people would suspect.

In my opinion, this is not a coincidence. Laure is making a clear statement here; that abusers escape justice all too often because the abused are not believed, and are left carrying the emotional and physical scars – providing they are fortunate enough to survive at all.

Rape, domestic violence towards women, and the murder of young girls are subjects this book deals with, though never in a way that exploits; instead describing them for exactly what they are: horrors that women must endure over and over again, all over the world, on a daily basis. MAYHEM also discusses revenge and justice by asking important questions such as whether or not taking justice into your own hands, when society and systems repeatedly fail to protect you, is excusable and whether or not those abusers should reap what they sow.

MAYHEM has been termed a YA feminist mash-up of The Lost Boys and The Craft. While there are definitely more nods to the former than the latter, there are still influences from the 1996 classic to be found within the story. If you are a fan of either or both of those movies and are looking for a book that talks about how difficult it can be to simply exists as a woman, as well as some gorgeous writing, then this is just the book for you. Happy reading!

For more on MAYHEM or to purchase the book, click here. 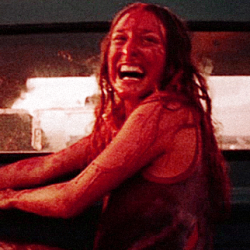 Latest posts by Zelda Arena (see all)
Liked it? Take a second to support Zelda Arena on Patreon!

[Book Review] IF ONLY A HEART AND OTHER TALES OF TERROR