In THE DARK ROOM, a group of strangers gathers for a psychic party. While performing parlor tricks, they accidentally make contact with spirits. Soon, the group realizes they may have made the mistake of their lives.

THE DARK ROOM is a 20 minute short by director Adrienne Lovette. Lovette has previously directed The Alliance, You’re the Pest, Hidden Daylight, and Blind Date. She is currently playing Mouse on Better Call Saul.

The cinematography, by Monika Kołodziej, is lovely at times, with creepy tracking shots. It’s a shame that the movie is poorly acted. The costuming is quite on the nose, and it’s not helped by the tired character archetypes and silly motivations. There’s the boozy couple, the fancy couple, and the quiet reserved woman.

Each person has their own reason for gathering to learn parlor tricks and try to contact supernatural spirits for advice. Parlor games are card tricks and small tricks to show off at parties. (I don’t know why you would want to know these in modern-day.) Instead, this group of misfits summons evil spirits, discovering darkness they never bargained for.

This short is heavy on clichés and light on scares. The actors appear to barely know their lines, and sometimes seem to be reading their lines instead of talking to the other characters, which is distracting. Sets are also strangely bare, giving little for the audience to immerse themselves in the world of the characters.

There are hints of elements that could make for a decent horror movie here – the unoriginal but creepy demon, for example. I look forward to seeing stronger efforts to come from Lovette. For THE DARK ROOM, clichés are king. 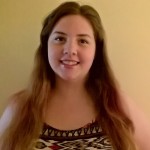