More than any other genre, horror utilizes storytelling to explore the taboo. Whether depicting internal struggles or societal subjects, horror has always been a means of providing understanding to the world around us. Among the topics most home to horror, religion has maintained a prominent presence throughout the genre.

Religion in horror has found itself analyzed under the scope of demonic possession, ghost stories, narratives centered around cults, and more. With Roman Polanski’s Rosemary’s Baby releasing in the late 60s, horror cinema began to see more films reflect the struggles of faith, the corruption of organized institutions, as well as explore other forms of spirituality. Some of these films have gone on to be classics, providing terrifying scares and scholarly discourse. For such a massive topic like “religion in horror,” requiring diligence when researching and writing about, it’s delightful to see such a work like SCARED SACRED elevating intellectual discussion.

SCARED SACRED: IDOLATRY, RELIGION AND WORSHIP IN THE HORROR FILM (House of Leaves Publishing), is a collection of essays that dive into various religious topics found in a number of iconic films. From The Exorcist to Häxan, to Antichrist, The Amityville Horror and many more, SCARED SACRED offers a range of fascinating and compelling works. The book brings together film critics, historians, and writers, all who provide depth to each of these films, expanding upon their reflections and representations of religion and spirituality. Along with an introduction written by author and religious scholar Professor Douglas E. Cowan, the book also includes a forward written by none other than Doug Bradley (you may know him as the actor who played the Hell Priest Pinhead in the 1987 classic Hellraiser).

Broken into four unique sections titled, Christianity, Mysticism, Occultism, and Beyond Belief, the book includes a total of sixteen essays. Each essay provides a brilliant approach to its subjects, presenting a unique point of view for analysis. Onward Christian Soldiers: Eyes of Believers in The Conjuring (2013) and The Conjuring 2 (2016), written by Alexandra West, explores the creeping conservative values found in the two aforementioned films. From the Stake to the Sanitarium: Taming the Unruly Feminine in Häxan (1922) and Antichrist (2009), written by Valeska Griffiths, looks at the history of how witches have been viewed by society, as well as their harmful misrepresentations in film. These entries are just a small taste of the research and intrigue that lies between the bindings of SCARED SACRED.

While SCARED SACRED is certainly an academic presentation, it is a book that many horror fans can pick up and immerse themselves in. The writing may appeal more to those whose interests lie in academic work, but beyond the intellectual dissection, there are brilliant levels of film and historical knowledge to absorb.

SCARED SACRED: IDOLATRY, RELIGION AND WORSHIP IN THE HORROR FILM is a compelling work of academic prose. Through dedicated research and superb writing, it is remarkable to see the amount of effort that has gone into this book; each writer brings a fascinating point of view regarding the respective films they cover, offering insightful and profound detail. For those who love horror, history, or who have a special attachment to works pertaining to religious subjects, SCARED SACRED is a must-read.

SCARED SACRED: IDOLATRY, RELIGION AND WORSHIP IN THE HORROR FILM will be arriving in February 2020. 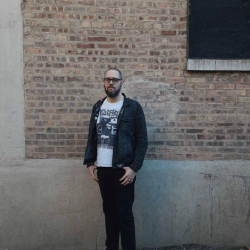