I’m not going to lie to anyone reading this review and pretend to know I’m an expert in Dutch cinema. Actually, I don’t know anything about Dutch cinema and am not even sure if I ever saw a Dutch film before I got my hands on THE DUTCH SEX WAVE COLLECTION. Cult Epics are gaining a reputation for offbeat cinema that both entices and makes you uncomfortable. Manson Family Movies provided a fictional look at the daily lives of Charlies Manson. It’s simple and dirty, but Manson followers will eat it up and I must admit, it’s a brilliant concept for a home video release. With this collection, Cult Epics celebrates sleazy cinema that proves this forgotten sub-genre can be fascinating to watch.

In OBSESSIONS, medical student Nils utilizes a peephole in his apartment to spy on his neighbor. While it starts off snooping Norman Bates’s style, he finds himself witnessing the murder of a young girl. His fiancee, Marina, works for a magazine and finds herself fascinated by a series of murders. The two share a love of voyeurism, but their curiosity gets the best of them and begins to tear at their relationship. This release comes with introductions and interviews with the lead and director, but a fascinating note about OBSESSIONS is Martin Scorsese’s involvement which is also explored in the special features.

In BLUE MOVIE, Michael has just been released from prison after having sex with an underage girl. Part of his release involves finding a new job and an adult relationship to create what one would perceive to be a healthy lifestyle. Michael moves into an apartment building where he soon watches his neighbors have sex. His hormones get the best of him and he begins to sleep with all the bored housewives that live in the building. Soon, he starts hosting orgies for a fee and his emotions take over when he meets that special someone. There are some great interviews that delve into the sexual revolution going on at the time and censorship issues that plagued the film.

FRANK AND EVA focuses on the title couple who are involved in a not so healthy open relationship. Frank takes advantage of the arrangement and sleeps with several women, while Eva sits at home hoping something more traditional to transpire. To the average viewer, it’s clear that he’s a scumbag as Frank prefers Eva to be his stay at home, cook him food, and be there when it’s convenient. It’s rather sad to watch, but things have to change when it turns out that Eva is pregnant. Those curious about sex in Dutch cinema will be pleased to find a mini-documentary on this Blu-ray that focuses just on that. Director Pim de la Parra gets more detailed into this with his audio commentary that’s included. 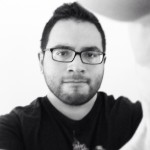