If you love haunted house stories, you’re going to love MIDDAY DEMONS, which raises the bar with a haunted palace. One could say it’s haunting in style!

MIDDAY DEMONS is the debut film from writer/director Rossella De Venuto. It tells the story of Megan (Fiona Glascott), an Irish artist living in Dublin with her husband, Leo (Pietro Ragusa), an Italian architect. After they receive news that Leo’s uncle has died, they travel to southern Italy to check out his unexpected inheritance – his family’s beautiful palace. Although Megan is mesmerized by the beauty of his family’s home, it doesn’t take long for her to realize something awful happened there. During her visit, she is haunted by mysterious presences and visions that drive her mad and push her to discover the secrets her husband’s family has been hiding.

MIDDAY DEMONS is a spine-chilling thriller with twists and turns lurking around every corner. And since this film takes place in a palace, that’s quite a lot of corners. Ha! Although I’ve seen a variety of different haunted house/murder mystery stories before, MIDDAY DEMONS puts a new spin on things and delivers on all aspects.

Fiona Glascott offers a phenomenal, emotionally driven performance that will shake you to your core. You can tell her presence at the palace is making her both physically and mentally ill. Within a blink of an eye, we see her transform from a lively young lady to a frail and disturbed woman whose only chance of survival is seeking the truth.

One of my favorite things about MIDDAY DEMONS was the set design and cinematography. It was beautiful to watch, and I appreciated the attention to detail. Unlike some haunted house stories, I felt like this home felt inviting and enchanting making it even more terrifying and surprising to discover its dirty little secrets.

If you’re looking for an intriguing mystery that will keep you on your toes, MIDDAY DEMONS is now available on Digital platforms and well worth your time. So, check it out and let us know what you think! 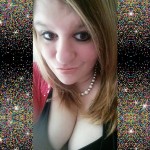