Look, I’m a firm believer that action movies should rarely exceed the 90 to 100-minute runtime unless its taking place during a war. BUYBUST follows Nina Manigan, the lone survivor in her squad after a deadly cartel attack. She finds herself on a new mission, one that would put her face to face with the people responsible for her friends’ death. However, once she and her fellow special ops team arrive they realize that the Cartel isn’t the only threat.

The first 45 minutes of BUYBUST pulled me in, it’s rhythm catching and building scene after scene. We’re thrown into the action pretty much from scene one where we get a brief bit of background on our lead, Nina Manigan, played by Anne Curtis. Curtis is a strong presence but her character clearly imitation some attributes of Ripley distracts from the little development she actually gets.

Unfortunately, we seem to skip through a thinly outlined second act where we’re introduced to the rest of the team, all of whose character names I’d have to look up. I get that historically, character development isn’t a huge factor for good action movies but if you’re going to have a runtime over 2 hours, you need to make me care more about these people.

Where we land after meeting our team of ultra-violent, nameless, special-ops is where we stay for the rest of the movie. Trapped in one of Manila’s most dangerous slums, Nina and her crew are forced to kill criminal and civilian alike. A sort of confusing message in a movie that overall wants to condemn violence while also making it look just so darned cool!

Speaking of those action sequences, director of photography Neil Bion and choreographer Sony Sison do produce some really electrifying scenes together. But, in a movie with cramped set pieces, there were more than a few times I struggled to really see what was going on and who was getting throttled. As the movie trudged nearer to the end I noticed the fights starting to feel rushed.

For a movie with so much room to balance out, BUYBUST is incredibly uneven. The only thing that remains consistent is the level of carnage. As promised in every descrption of this movie, there’s blood and bullets and knives a-fuckin-plenty. It’s the most fun thing about this movie but also, as I mentioned before, seems to go against the overall condemnation of police and gang brutality. For action fans, I’d recommend watching this one at least once but if you’re like me and you like your action a bit briefer stick with the Indonesian film, The Raid. 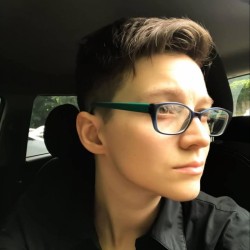 Latest posts by Jess Byard (see all)
Liked it? Take a second to support Jess Byard on Patreon!