Comedic Horror is tricky. It may be the trickiest of all genre films. How much do you want your audience to laugh vs. how much do you want them to cower in fear? Do you begin with a scare and end with a laugh or vice versa? Monster movies are also tricky. Will the audience buy into how the monster looks? Should the audience even see the monster? It’s all fine line details when writing a story in the horror genre.

So I’ll commend anyone who attempts to make a comedic horror or a monster movie and short film is a great way to test your strengths. Unfortunately for MY MONSTER, the testing falls short. What is essentially a seven-minute comedy sets the tone for serious frights in its first 3 minutes and the monster within the title doesn’t deliver on the frights I felt the short built up to. The second half of this 7-minute film showcases the silliness of our fears and it does that really well. My wish is that it wouldn’t have delivered that tone halfway through but started and ended on that tone.

I love when films have limited budgets as it pushes creativity. The monster makeup in this short was by far the most fantastic thing about it and I’d even give two thumbs up to the over the top cheese that was the special effects. I wish I could have seen more of this honestly, but the first few minutes of our two main characters, a couple who remain nameless, talking back and forth display the opposite of the over-the-top camp that comes later.

Maybe the team behind MY MONSTER was looking for that stark contrast, moving from soap opera-like dialogue to B movie horror and sci-fi, but with only 7 minutes to deliver a strong showing, I’d rather have cut this piece right down the middle and delivered on the goods the second half gives.

Was this short worth watching? Of course, it was! Could it have been better? Of course, it could have. Do I hope for more from the team behind MY MONSTER? Yes, and I only see potential if they can learn from what they’ve already made. 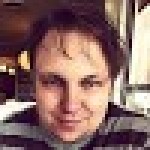