For exactly thirty years, yours truly anxiously awaited for the satisfactory day when this life-long Rocky fan would see Balboa and Drago meet eye to chest, erm, eye again. With the announcement of Creed continuing the beloved Rocky legacy by following the Creed dynasty, that fantasy became plausible and 2018’s CREED II happily obliged. Much to the giddy delight of both this gal who has seen every film in the franchise as many times as Beetlejuice boasts he’s viewed The Exorcist and of course, fellow excited fans of this heartfelt continuing series all over the world.

And while it’s true that I may be a MEGA-FAN, I’ll try to approach this as fair and unbiased as I can dish out for you readers. Journalism– what a trixy little Hobbitses’ it can be.

CREED II sets the fighting stage several months after the events of its predecessor released back in 2016. Micheal B. Jordan, Tessa Thompson, and Sylvester Stallone are all back to reprise their roles. Dolph Lundgren (Ivan Drago) makes his first appearance since Rocky IV, and newcomer to the series Florian Munteanu as ‘Death From Above’s muscular offspring, Viktor Drago comes in pounding to challenge Adonis Creed (Jordan) to a fight as a way to avenge his father’s embarrassing loss to Balboa back in 1985. And well, Creed is happy to oblige as he has his own very personal score to settle with the Russian family, much against the wishes of his now father-figure and trainer, Rocky.

While CREED II may not run as deep and artistic as Ryan Coogler’s first crack at the franchise, this film directed by Stephen Caple Jr. has its own charm and heartfelt charisma as the film lays down the tracks as sort of a love letter to fans of these precious movies. Running much like a plot mix between Rocky III and IV, CREED II follows a familiar formula of loss, humble realizations, and redemption modernized for today’s audiences with Adonis stepping into the ring rather too confidently against this Beast from the East while Rocky, now sounding much like Mickey from the third film, is adamant in wanting no part of a fight he doesn’t feel Junior is ready for. As stated, it may seem we’ve heard this story before, but CREED II makes it fresh again with the glorious montages, the morals, and the heart poured into what ultimately comes full circle to the entire franchise.

Tessa Thompson matures with her role as Bianca this time around with a new baby to add the Creed fam-bam. With the central theme repeating that family is everything in this film, she does an excellent job holding it down as Adonis’ very important seed of strength and muse that drives him to succeed as her character is wise beyond her years.

Speaking of family-driven motivations, we get a little more insight on just WHO Ivan and Viktor Drago are, much unlike the last time we saw the Siberian Bull who uttered exactly 47 words in Rocky IV. Which is rather refreshing in answering some lingering questions to those who are curious as to what was driving that robotic mannerism thirty plus years ago. Lundgren is just as menacing throwing around some familiar lines as the strikingly terrifying Drago Sr., while Munteanu makes his own mark in the series as a worthy and just as menacing presence as his film father. However, we see a lot more humanity in Drago. Albeit most of it is that of a bitter man that lost everything, we see Drago displaying emotions toward his son (mostly in the end) and of his estranged wife Ludmilla, and how it has shaped him the past thirty years. Of which we really never saw much more than a human wrecking ball the first time around.

Worth noting, much like every other Rocky/Creed film- and ESPECIALLY Creed, the boxing segments stand out as a beautiful violent ballet as Jordan and Munteanu compliment each other gracefully throughout the scenes. Stallone is renowned for his strive for excellence in the choreography of these important sequences and his wisdom has shown beyond his forty years in the making of these films as I was left holding my ribcage so tightly, I thought I had bruised myself!

Most importantly, this film is about the importance of family. The action, while it’s still very much there via the boxing scenes and montages, takes a back seat to the lessons this movie is trying to spread to audiences. And it’s a very beautiful sentiment as Stallone has publically stated this film bids a final farewell to his Rocky character. I believe CREED II and Michael B Jordan’s impressive portrayal of a man forever fighting to step out of his father’s shadow paved the way for a fitting, and mind you, emotional goodbye to such an inspiring on-screen figure for many. Stallone very successfully handed the reigns to Jordan in such a way that while we can’t help but shed a tear, we also embrace Jordan as the fresh and dominant face for this series; that I must say, hope to see more of! The film left us with a fitting and very respectable end for both Rocky and Adonis, however, I wouldn’t mind seeing Clubber Lang Jr. roll around the corner looking for a fight next, sucka. 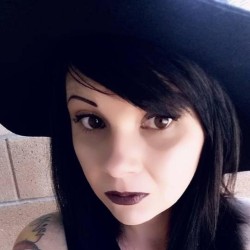