I want to begin my review of Sinister Pointe’s “Scary Place” 2018 review by briefly mentioning the giant poster of a terrifying haunt clown that hangs off the edge of a now-defunct Macy’s anchor store at the edge of the Laguna Hills Mall.

That poster has apparently been the cause of letters and lawsuits as the “nice” people of nearby Laguna Woods declared the clown “satanic”, “unfit for children” and the source of multiple heart attacks within this “nice” community. There were even letters from clown associations decried how this haunt was ‘defaming’ the good name of clowns everywhere. Like John Wayne Gacy, I assume.

All they wanted was to make sure that Sinister Pointe didn’t get its doors open.

Fortunately, they failed.
Now we are all reaping the benefits of their being here once more.

I had the great satisfaction of returning once more to a haunt put together by Sinister Pointe this week. I’ve gone to multiple Sinister Pointe events from all the way back when they had a space in Fullerton. I’ve long appreciated how carefully they contemplate the maze spaces they create.

This year, they’ve taken over that old Macy’s space and converted it into a 3-story, 150,000 sq. ft. establishment. There are 3 mazes, one on each floor, as well as scare zones, vendors, a stage and even a little escape room hidden away in one corner. Together, these all form what Sinister Pointe labels its “Scary Place” and the name definitely gets validation from what we found inside.

Description: Welcome to “Phobias.” Step right up and see if you have what it takes when you’re put up against some of your greatest fears. A fully interactive maze experience that will test your abilities to cope with your worst nightmares!

Review: This experience on the first floor of the attraction was hands-down my favorite of the three main attractions. It’s exactly what it purports to be, a series of experiences tied to classic phobias. That’s not necessarily the most unique of ideas, but it doesn’t matter. The presentation of the scares inside Phobia is absolutely genius. It starts with what are some of the first ‘scares’ most people ever experience (think of the old ‘peeled grapes for eyeballs!’ from when you were five). It was like a blast of nostalgia when I ran into these early rooms, like the comfort of an old blanket that has kept you warm for decades.

Ah, but these fuzzy rooms are a deception. They are a lie to lull you to sleep before the maze takes a much darker, much creepier tone—oh, and before you are isolated from those around you in the group. All of a sudden, there’s no one to hide behind, no one to stop them from speaking directly to you. It’s just you and them—and they want answers.

When a maze can start goofy and end with me yelping in legitimate terror multiple times, you know you have a winner.

Description: There is an evil that has taken over the second floor of this quaint little hotel. We need you to step up and venture into this maze to investigate! Let’s just hope that the terror within hasn’t spread!

Review: This was my least favorite of the mazes, largely because the entire maze felt like it traversed the same points repeatedly. You are essentially in a hotel as guests. As you travel through the hotel, things get progressively worse and the other guests and staff members are either victims or perpetrators in what is happening. It’s not a bad premise for a maze’s backstory in general but here it seemed to run on for too long without any real shift in tone or surprise in transformation.

Moreover, in my group we kept running into rooms where there were beds that had impressions on them that sort of looked like they were meant to imply that bodies had once laid there for so long they’d left impressions and sort of looked like they were places that scare actors were supposed to be and for some reason (early in the season, breaks, whatever) were not. It made for an experience where we often traveled through rooms that looked like something should be happening…and instead, nothing was.

On the positive side, however, the scare actors that did exist within the maze are fantastic. Many of them are either exceptional contortionists or actually demonically possessed, based on how twisted their bodies were as they shrieked or stalked us. Some of the specific set pieces were super creepy or super disgusting, as appropriate to the particular piece. And there were even some moments that were amusing, in a terrifying and screwed up place.

Welcome to the real Hotel California.

Description: All aboard the boogeyman express. Rumor has it that the boogeyman and his evil minions roam these grounds hunting innocent bystanders! So I have an idea, let’s go see if the rumors are true!

Review: Okay, can we start with this?

HOW COOL IS IT THAT SINISTER POINTE BUILT AN ACTUAL DARK RIDE IN THE MIDDLE OF A MALL?

That’s not a joke—this maze puts you in an actual train car where you are driven into a haunted town (and areas near and not so nearby), thanks to one of those same trains that pull kids around malls all over the United States. The difference here is that those trains are rarely being stalked by rabbit-men or jump-scared by pigs on two legs.

This train has all that and more.  While I don’t want to spoil the surprises on this maze, I will say that there are surprises on this maze. With The Boogeyman Express, Sinister Pointe creates the brilliantly unsettling experience of truly being in unknown territory. You are in a moving vehicle that isn’t moving normally. You can’t stop to pay attention to something because you’re not under your own volition. Every time you think you have a handle on what this attraction is going to do, it alters the rules once more.

Do not miss this maze. In all of 2018’s haunt events, the end of The Boogeyman Express is one of the most surprising and pleasing I’ve seen yet.

Final Thoughts: The rest of the event was, for me, pleasant but not as impressive as the mazes themselves. There are scare zones that have some definite style but, again, seemed to be lacking in actual scare actors. It’s entirely possible that this is because it’s still early in its run. I certainly hope there are more monsters as more people show up.

There was an escape room that was actually more of a fully dark maze that wasn’t terrifying—but I did actually get lost in it, so I consider that to be a fully effective result on their part. And as one would expect from a larger haunt attraction, there is a stage where performers will be throughout the season. Tonight’s performers were perfect for the tone and style of the event.

The event does have, however, some exceptional vendors. There are clothiers, custom art creators (shirts, soaps, even coffins). There’s even a comic book store that brought such good stuff that my roommate now has a David S. Pumpkins Funko Pop and I had to walk away from a comic that I wanted to buy three times before I finally overcame my impulses. Expect to hear from me soon, anyway—because I got your flyer.

Overall, I loved the mazes here quite a bit and I think they continue to shine as Sinister Pointe’s strongest aspect. If it weren’t for it being quite a ways from my home, I’d have wanted to return to some of those mazes multiple times—always a good sign for a haunted attraction.

While the size of the space is touted as being one of the strengths of the location, that did not work as well for me. Having large mazes is fantastic (and all three mazes are LARGE.) But as soon as you were out of a maze, there seemed to be a lot of empty space within the event. Again, perhaps more people would change this perception but as it stood tonight, the place felt empty—so empty that I found myself wondering if they could have only used two floors and made it feel more inclusive and surrounding to the audience by using less space overall.

But for me, haunts are always about how well you scare someone. Sinister Pointe has succeeded in its goal of scaring you once again. Their well-designed mazes and surprising actual dark ride attraction make it an event well worth heading over to Laguna Hills Mall for an evening of scares, fears, shocking animatronics and everything else that isn’t “nice”…but is a hell of a lot of fun. 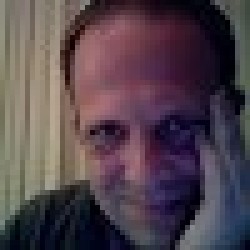