Hot off the festival circuit, a new neo-noir thriller written and directed by Aaron Katz is making its way into theaters.

GEMINI, the latest film from Katz is a classy and cool ride through the always-romanticized Los Angeles – where you go to fulfill your dream of being a Hollywood starlet, or a Hollywood starlets personal assistant. Rest assured, both stereotypes are accounted for and we meet said starlet, Heather (Zoë Kravitz) and her PA, Jill (Lola Kirke) shortly after a stylish opening which features an upside down shot of some iconic LA palm trees. After the camera spirals its way back upright, we quickly learn that Jill is responsible for handling Heather’s numerous personal affairs. Heather is a successful actress in Hollywood, but she’s ready for a break. Between dealing with paparazzi and overly-obsessed fans, going through a breakup and making some bold occupational decisions, she just can’t, and that’s where Jill comes in. Jill mediates Heather’s every interaction, keeps her schedule, and acts as her personal chauffeur, but beyond this unique business relationship, the two seem to truly care for one another.

Heather and Jill are virtually inseparable on account of Jill’s abundant role in Heather’s life; the fine line separating work and regular life becomes a blur and the two bleed together. A typical night for the duo consists of fending off fans and crabby industry folk, partying in K-Town with their friend Tracy (Greta Lee), and oh, a murder. Things suddenly go awry and in the wake of a mysterious crime, Jill takes it upon herself to investigate and uncover the truth behind the tragedy.

GEMINI takes a turn into ‘whodunit?’ territory and although the film is peppered with subtle suspense, I’m more inclined to call it a chiller than a thriller. The blue and purple hues that shade every other shot are mesmerizing; what I imagine an Instagram filter called Dream would resemble. The film moves carefully and calmly, without ever feeling slow. At a brisk 93 minutes, it’s concise yet atmospheric; I was instantly transported, perfectly able to recall the feeling of a warm breeze on a late night in Los Angeles. The visually stunning GEMINI also boasts a smooth synth-jazz score, composed by Keegan DeWitt (HEARTS BEAT LOUD, THE LONG DUMB ROAD) which perfectly aids in setting the tone for the film. The cast is tailor-made for Katz’ ensemble of characters; their authentic performances shine against GEMINI’s dreamy backdrop. Acting alongside Kravitz, Kirke, and Lee are John Cho as Detective Edward Ahn, Nelson Franklin as Heather’s director, Greg, and Reeve Carney as Heather’s ex, Devin. Kravitz and Kirke have such wonderful chemistry as Heather and Jill, the two offer such sweet and genuine performances that help make GEMINI easy to get lost in.

GEMINI is the perfect late night film to chill to. It’s got enough plot to keep you engaged, but it’s so dreamy it’ll leave you feeling like you’re floating in its bluish haze and synthy tones. GEMINI is currently playing in select theaters, but will have a wider theatrical and VOD release on May 11. 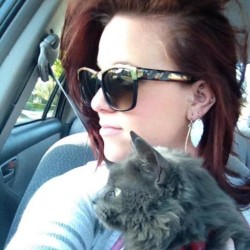