Women should be the obvious choice for the Horror protagonist. We can often be the strong willed, unexpected (but NOT unlikely) hero. People often perceive us as physically and mentally weak, therefore we prevail while the antagonist’s guard is down. We are also often misunderstood. As women, we therefore retreat back in our own heads, so being the star of a MIND GAMES themed Shorts Block is a match made in heaven for a horror leading lady.

LIZ DRIVES starts out the Mind Games Shorts Block with a bang. Two women are driving on an unfamiliar road, in an unfamiliar area, when things quickly take a turn for the terrible, and only get worse. With the short itself running just over 7 minutes, LIZ DRIVES uses the medium and run time to its advantage all while delivering mystery and intrigue at the right pace. The film asks just enough questions to keep the audience wondering, while answering just enough throughout to keep us interested; something that isn’t always done correctly in horror-mystery and can often leave the audience too confused to enjoy the story development.

Its only appropriate in today’s world that the seemingly mundane task of two women driving at night creates the perfect premise for a horror story. Women often grip car keys between their knuckles when walking to their cars at night, and check their back seats before getting in for fear of being attacked by a strange man. It makes sense that this type of story can be brought to a film festival where brave and strong women are taking the spotlight.

Even though we live in a world with an ever growing population, the feeling of isolation creeps up on us in pockets all around. In LIZ DRIVES, Liz feels this isolation in the middle-of-nowhere, but the next film in our block, THE CLIP, shows us the isolation we have created for ourselves when we let the internet take up too much of our time.

As an enthusiastic fan of tech-based horror (which you may remember from my review of Desolation), I was delighted to see the film start with a laptop booting up. This short centers on the current fears in our tech-developed world; the dark web, surveillance, innocence lost on the internet, and the way our digital life can cause us to lose our grasp on human contact in the physical world. Games like Sara is Missing and in television on various episodes of Black Mirror do this well.

The only part of THE CLIP I could have done without was the final clip after the end title card. It felt out of place and changed the story in a way it was better without. Without it, the short seems to suggest that even alone in our own homes, we aren’t safe. It is almost as if being alone locked in our rooms surfing the web on forums and social media, can trap and nearly suffocate us.

The next movie in this short block, HIGHWAY, shows us that even the great outdoors can also be confining, without a locked door in sight. It is also notable that this horror short takes place entirely during daytime, which is refreshing for the genre. HIGHWAYis another film in this block using the trope of technology’s influence on our lives, and possibly our deaths. Instead of the possibility of accidentally wandering into the depths of TOR’s red rooms though, the tech in this film is drastically more basic. A glitch seems to happen with a radio signal while Hector is listening to music, and fear sets in immediately. Our “final girl” takes off her headphones and is suddenly hyper aware of the world around her. Terrified, she hitchhikes to feel safe again, but then the panic really sets in.

The HIGHWAY actually felt like it would fit nicely into the type of storytelling the Twilight Zone did so well. But with our final short in the Mind Games Block it seems we have left the Twilight Zone and entered the Nightmare Zone, or at least that’s what BLACK COAT felt like. As the last and longest film in the block, BLACK COATseemed a bit lost in a confusing bundle. It may take multiple viewings to understand what all of the metaphors planted throughout the majority of the film mean. Your understanding of the metaphors could possibly make or break your viewing experience here if you aren’t the type to like spending time on thoughtful film analysis after viewing your Horror stories. Otherwise, the movie did the creepy factor well, considering the two Texas Chainsaw-esque characters and the post-apocalyptic setting.

It is mostly expected for any film in the Mind Game category to have some sort of mystery to be revealed by the ending, as it was for these four films. It is interesting that, in horror, interpreting being in your head tends to mean we feel isolated, withdrawn, panicked, and confused. These films could be statement on how we should be a little more educated on mental health, and the horrors of what could happen when instead we misunderstand ourselves and retreat into the darkest recesses of our minds. 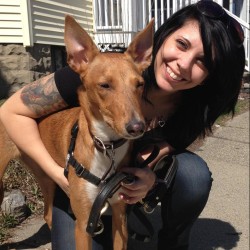