Genre and style are something that we’ve created for film so that we can understand films and so we know what to expect going into a movie theater. It’s easy to tell that THE DEVIL’S WELL fits right into the horror genre from its name, but how the film plays with style is where THE DEVIL’S WELL becomes muddled. I’d look at this movie in three parts as it tends to lend itself to being seen that way.

The first portion of this film plays like a fake documentary. This section of the film lasts around 20+ minutes. Treating it like a documentary, I had some trouble with the film. The acting from the cast was well done and all of the technical work was decent between the lighting, the camera shots, etc.., but the pacing and editing of these talking heads really felt amateur. So many of the characters repeated the lines of others being interviewed, and the “show not tell” moniker so many writers live by wasn’t apparent here. I was overloaded with information long before I was ever shown the setting of our story. I was shown a few still images here and there, but nothing that really pushed the story forward.

We also get to meet a historian who tells the stories of the well which unfortunately never make their way into the later half of the movie. Another subplot of the movie is the conflict between the father (Robert Riggs) of a missing woman (Anne-Marie Mueschke) and her husband and his son-in-law (Bryan Manley Davis). There was intrigue and mystery behind what I assumed would eventually be an altercation but there was no mention of this after we move beyond the documentary style. Zero payoff which was a big bummer.

After over 20 minutes of talking heads, text on the screen prompts me with how the story continues. A team of paranormal investigators will be revisiting a place called the Devil’s Well an entire year after Karla Marks went missing. The team includes the leader Lucas (Chris Veimeister) along with Riley, Kris, Dennis, and Lynn. Coming along with the team is Karla’s husband and the man being blamed for the disappearance of his wife, Bryan, and Kurt, a filmmaker coming along to make the documentary portion of the movie. The investigators set up several tripods and cameras, giving this portion of the film a found footage feel. The next 45 minutes play out with the team arguing over whether or not anything paranormal happened at the Devil’s Well or if Bryan had actually made his wife disappear, but like the earlier documentary section, I felt like this found footage portion of the movie lingers and could have chopped out a few minutes to keep the pace moving along.

Where the movie gets interesting is the last 15 minutes of the film, but it underdelivers. Feeling more like an art house cult film, the colors, framing, and lighting were fantastic. It was so weird and crazy.  It starts when Karla makes her way into frame claiming “They are here for Him!” The next several minutes feel ritualistic with members of a cult wearing masks, christening a new member, and standing in silence as a musical drone played underneath their silence. Then the movie ends. We never learn who is under the masks. We never really understand why Karla disappeared in the first place. We never get the pay off of the father and son-in-law conflict. It’s unfortunate because I’m a fan of movies that have a slow burn. A movie like The Witch has a slow burn, initially starting out as a story of family but ends with pure madness on screen. This film has a similar feel, where we have a story of a missing girl that descends into death and cult activity. If only it had a payoff for some of the earlier exposition I would have fallen for this movie, but it just left me feeling like the writing, directing, and editing was sloppy. The acting was decent, the sound design and framing was cliché at times but worked for the film. The lighting team exceeds my expectations for a film like this. Knowing that this was a film made on a budget, the whole production was creative and hid that it was a movie on a budget by going with a documentary and found footage film, but overall the story didn’t need the documentary portion, and the found footage never feels like it leads to any real story being uncovered. We do find the missing girl, but no questions were ever truly answered.

Is THE DEVIL’S WELL worth a viewing? If you see this as part of a film festival or on a streaming service like Netflix, then it’s worth at least trying. If you can make it past the documentary portion of the movie it does get better, but I would never go out of my way to see this film as nothing stands out and the things that do stand out are overshadowed by the lack of payoff and the strange stylistic approach. 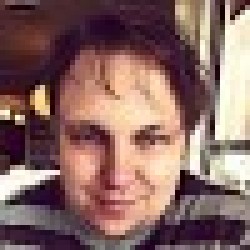