I started DEAD OVER HEELS excited for a good paranormal story. Few things touch my happy reader buttons like things witchy and creepy. The title and cover absolutely sizzle but unfortunately, as I read, I was disappointed.

I want to start by saying the idea is a great one. Supernatural elements at times both pushing and pulling apart two people who just want to be loved (and the twist!) have the makings of an excellent short story. The problems with DEAD OVER HEELS were with the execution.

The biggest issue I see with beginning writers is their refusal to trust their readers. Too often, when we start, we think we have to point big, flaming arrows at the bits that’ll be important later – “Or so I thought…” being the worst offender. This and leading questions at the ends of scenes come across as patronizing and, as a reader, are hard to overlook. DEAD OVER HEELS falls into this trap more than once. Taking a pair of scissors to these phrases would improve the narrative quite a bit.

Another big hurtle all writers need to climb is dialogue, something incredibly difficult to do when you plop a couple of characters in a restaurant who know nothing about each other and the point of view character spends the bulk of the interaction in her own head. In the beginning of this story, dialogue serves as not much more than an info dump when it could have been utilized to draw parallels between the characters other than their parental woes. That old adage, show, don’t tell,would have served the author well here, too. Saying “she’s nervous” doesn’t pack nearly the punch as showing the character’s knees bouncing under the table, or her cuticles begging to be bitten, or a cramp in the foot from twisting her toes to keep from worrying about what his eyes are trying to say.

I’m happy to mention, though, that towards the final third of the story, I was able to fall deeper into the narrative. The twist is a good one, and definitely one the reader doesn’t see coming, even given the snapshot prologue.

Overall, DEAD OVER HEELS has the right idea, but wasn’t quite executed properly. It felt like being told a story by an acquaintance – a “had to be there” vibe putting a damper on what could have been an intense ride. With some attention paid to passive voice, dialogue that falls flat in places, and developing characters deeper than the way their parents treated them, this story could be great. 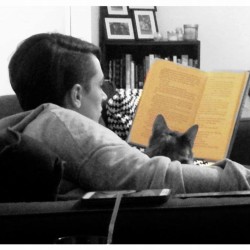 [Book Review] THE SUN DOWN MOTEL