LAKE BODOM (alternately titled BODOM) is a Finnish slasher film that utilizes the Lake Bodom murders of June 1960 to set up its premise, as a group of four “friends” decide to go camping at the site in order to do a reconstruction of the infamous murders. Directed by Taneli Mustonen from a script penned by himself and Aleksi Hyvarinen, LAKE BODOM deconstructs genre conventions and masterfully subverts expectations, though never in a way that parodies the genre a la SCREAM or THE CABIN IN THE WOODS.

If there’s ever been a slasher flick that’s as visually gorgeous as Mustonen’s film, I’ve yet to see it. The direction is sleek and wrings every bit of beauty from the setting in a way that lends the bloody violence a poetic tourniquet. The cinematography by Daniel Lindholm, too, is breathtaking and adds to the film’s visual aesthetic.

As well-crafted and beautiful as LAKE BODOM tends to be, however, the slasher film is unfortunately all prettied up with nowhere to go. There are twists aplenty, some that genuinely catch you by surprise, but it culminates in an ending that feels rushed and not fully realized – ultimately causing the preceding events, though entirely impressive at the time, to come crashing back down to an underwhelming reality.

That’s not to say LAKE BODOM isn’t a worthwhile watch, though. For much of this film, Mustonen brilliantly builds tension and toys with the viewer. Even a hefty exposition scene just before the film’s final act is handled well enough that it isn’t minded and doesn’t detract from the sustained pacing. The acting of the four leads, Nelly Hirst-Gee, Mimosa Willamo, Mikael Gabriel and Santeri Helinheimo Mantyla, is splendid as well. Each actor fully grasps the motions of the genre and gracefully plays along as Mustonen shifts our story and everything we’re conditioned to expect.

Eighty-five percent of LAKE BODOM is a miraculous feat for the slasher subgenre, and though it eventually underwhelms, its intentions and execution are admirable enough to recommend. Fans of horror, and especially of slashers in general, will thoroughly enjoy the freshness Mustonen’s film has to offer. The water is cold, but it’s worth taking a dip. 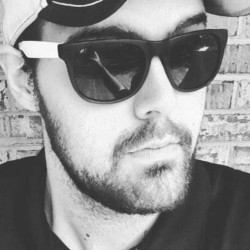